The concept of trust with respect to synthetic biology has enormous economic importance. Lack of trust can cause people and governments to block an entire division of research, such as GMOs in some parts of the world. Similarly, synthetic biology related companies that have lost their reputation can have great difficulty releasing an honest product. Consider other products, such as an electronic device. Such products are often tested by unbiased individuals; the reviews generated by these unbiased individuals is trusted by the general public. By using such third-party reviewers, who share their testing methods openly, a product is able to gain trust on its own.

The review process for biological or chemical products is different. The processes of assessing safety and effectiveness of medicines, farm-related products, and various chemicals for every-day use are often hidden in publications that are normally difficult to understand by the users. Websites that target the general public often rely of vague concepts rather than specific facts. What if biologically engineered products had a review process that is open.

"Open" is not a matter of exposing the raw results of experiments. Open must allow other individuals to repeat the tests and contribute their results. Open must also mean that honest efforts have been made in order to make the information understandable by as many people as possible. Open access to scientific publications does not mean that the knowledge is open because those publications are generally written for domain experts. Further, publications do not guarantee that the experiments are reproducible. In order to address the problem presented in the first paragraph of this blog, open-science needs to invent a new method of sharing information.

Additionally, trust is often strengthened when both sides are involved. If customers of a product participate, even remotely, in the testing of the product, their trust, through a feeling of ownership, is likely to increase. For example, suppose some of the customers utilize open labs in order to conduct some of the verification experiments. It would cause the customers to feel a bit closer to the product.

Morning dew hanging from the railing of a balcony - I looked at them for a while. As I noticed the details, it was only natural to think about the geometric shape created by the droplets and the Poisson distribution of the droplets along the rail. Someone versed in music might imagine a song. A poet might invent a new poem. All are expressions of appreciation of morning dew. There is a feeling associated with this appreciation of nature. When I have this feeling, I cannot imagine how science or art can exist without that feeling. It is simply the foundation for science or art. Science education that does not exercise this feeling is education without the foundation of science. 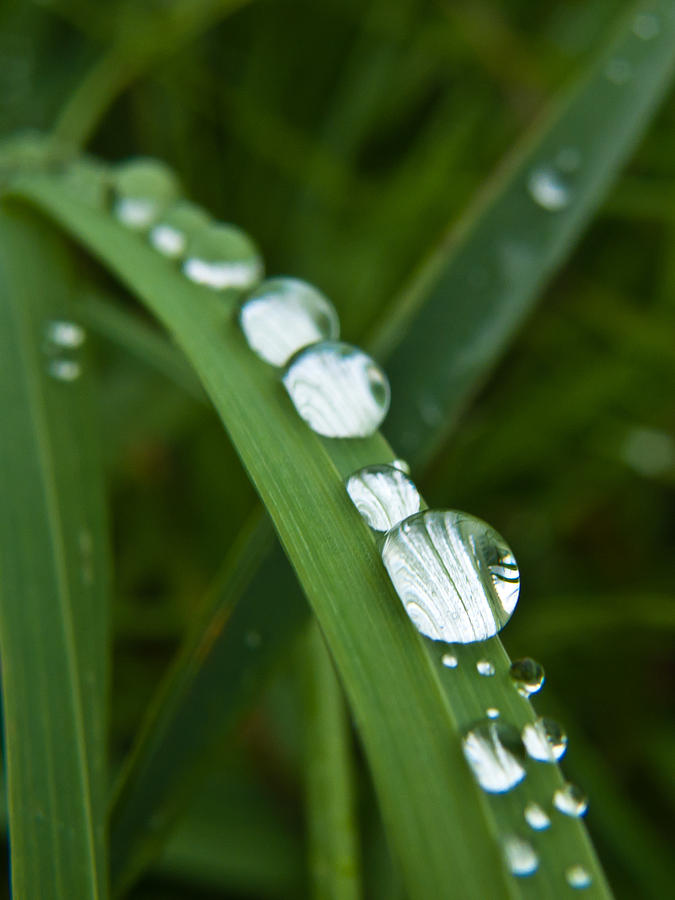 Posted by Deepak at 9:48 AM No comments:

I have heard a few times that human beings are comparable to cancer (not a positive view, sorry) in the sense that humans: (1) drain resources from the other members of an ecosystem, (2) grow at a disproportionately high rate when compared to fellow animals, and (3) cause ecosystems to malfunction due to the previous two behaviors.
It can also be argued that human beings have their advantage due to the combination of a creative brain and social skills. Physically, human beings are hardly a match for most other animals. So, taking this analogy back to cancerous cells, would be appropriate to say that cancer cells have a sort of "creativity" that is lacking in other cells. Just as a "better" brain is defined by the amount of information it can process, it is arguable that cancer cells process more information than other well differentiated cells, partly because cancer cells can perform a myriad of functions.
Posted by Deepak at 10:21 PM 2 comments:

Researchers are often surprised when we find organisms that break the 'rules' of living systems. These rules include commonly observed phenomena such as amino acid codes, conserved metabolic pathways, etc. Considering the unplanned nature of evolution, it should be surprising that such rules actually exist. It should feel more logical when rules are broken.Well, lets consider other places where we find 'rules'. Human societies have rules, and even though every person has different interests and tastes. People agree on the rules because what is gained from following the rules is probably greater than the gain from breaking the rules (in general). Similarly, perhaps rules exist in living systems because there is sufficient gain - better exchange of information between organisms, better 'modularity' in evolution, role for viral-mediated horizontal gene transfer, etc. Now, the question to ask is - what does it mean when organisms break the roles? Perhaps they belong to a different society with a different 'culture', or perhaps they are lone explorers who do not want to interact with the rest of the system.
Posted by Deepak at 4:41 PM No comments:

The ideal biofuels company would not use giant farm land to produce large amounts of fuel for everyone. Rather, the company would sell barrels to people. People can put any compost-able items (left over food, paper, maybe human waste, etc) into the barrel. The microbes and/or other chemicals in the barrel would convert these items to fuel, making people self-sufficient. Of course, people who do not have a back yard would probably have less material; for these people, the company can sell fuel made from waster matter that is purchased from other people who have excess waste.
The big question is regarding efficiency - whether waste material from individual homes would provide sufficient fuel. But even if it provides a certain fraction of the fuel requirement, that is still a significant step.
Posted by Deepak at 6:16 AM No comments:

Analogy for Cancer as a Systemic Disease

Lets think of a multi-cellular organism (i.e. humans) as a small city, a society, of individual cell citizens. When the citizens of a society feel a strong sense of unity and like to interact with one another, the chance of someone becoming malicious is small. Any malicious person is likely to get caught because the members of the society have a high rate of interaction; members who interact in an unhealthy way would be identified quickly. On the contrary, in a system where individuals are isolated, it is quite easy for a malicious individual to remain hidden and carry out their plans.

Carrying over the analogy to the human body, the "malicious citizen" is the cancerous cell. It is not an invader but a member of the system. Now the question is: what creates a sense of "unity", or high level of interaction, in a multicellular system? This question is difficult to answer even for a human society - what creates a sense of unity in a society? The answer might lie in vague concepts such as culture, language, values, or beliefs. These are abstract concepts. Concepts such as culture cannot be written into books; they evolve; they form spontaneously and are not designed by humans.

So the task is to identify what constitutes the "culture" of a multicellular organism. My imagination tells me that the answer might lies with wave-like patterns within the body - heartbeat, breathing, hormone cycles - that affect almost all the cells in the body. The fact that these phenomena are oscillations allows cells to synchronize, or resonate, with those patterns. Multiple waves can combine to form more interesting patterns. Cells resonating with this pattern might be in similar physiological states, and therefore, those cells might interact with one another more. More interaction creates a healthier "society".

If the above hypothesis is true, the way to heal a large number of illnesses lies in identifying patterns of global phenomena such as breath, blood flow, hormone cycles, and especially how they interact with one another to form more information-rich wave pattern(s). Then, we can identify how various cells change states in response to this global pattern.

In some sense, malicious members of a society are like indicators of the society's overall health. In an unhealthy society, more individuals would feel less inhibited to harm one another. In this sense, the malicious members ensure that an unhealthy society falls apart, giving way to a new, healthier, society. Cancer might serve a similar purpose. A body where the overall unity is weak is perhaps dangerous to the larger ecosystem. Cancer ensures that such a system falls apart.